Housing Action Teesside has written an open letter to housing associations across the area demanding action on damp and mould issues.

This is in response to the national scandal after the tragic death of 2-year old Awaab Ishak, caused by damp and mold in his housing association home.

Tenants are demanding that action be taken by housing associations in Teesside to prevent a similar tragedy occurring here. In a report that HAT drafted in June 2022 it found repeated issues of significant damp and mould.

HAT is also demanding that housing associations take into account the dire cost of living crisis for social housing tenants, and choose not to impose the maximum legal rent rise of 7% in April 2023.

The open letter has been sent to the Board Members of the Beyond Housing and Thirteen Group housing associations.

We are writing to you in an “open letter” format due to the urgency of the subject matter i.e. the recent Coroner’s ruling into the death of 2-year-old Awaab Ishak from a respiratory disorder that was caused by exposure to mould in his home. We agree wholeheartedly with the Coroner Joanne Kearsley, who posed the question “How in the UK in 2020 does a two-year-old child die as a result of exposure to mould?”

Housing Action Teesside (HAT), a tenants’ union and housing campaign group representing members across Teesside, has been raising these issues on behalf of our members. HAT commissioned a survey of Thirteen Group tenants earlier this year and over 70% of those who responded to the survey identified problems of delays and inefficiencies in dealing with complaints. A significant proportion of these related to persistent problems of damp and mould. This picture was provided by a tenant and shows the damp and mould issues that they were forced to live with. 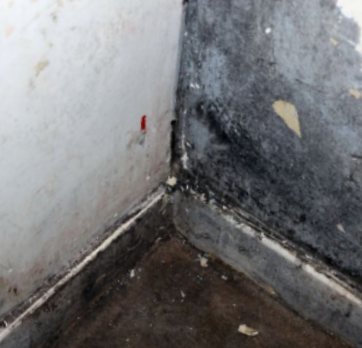 Our conversations with tenants of other social housing providers indicate that these awful conditions are widespread across the social housing sector and are not confined to one provider. HAT met with Thirteen Group representatives after the publication of our report and we were provided with descriptions of their complaints and remediation protocols. However, as these protocols had been in place for some time prior to the commissioning of our survey, it can be surmised that those protocols were and are not fit for purpose. Failure to address damp and mould results in disease and as we have tragically witnessed, premature death. Damp and mould issues are exacerbated by a lack of heating and HAT are acutely aware that many tenants in social housing are facing some terrible decisions as regards their finances.

Deciding between “heating or eating” is for many people a part of their daily lives as their spending power is eroded. As rental costs are a large proportion of most peoples monthly outgoings, any rent increase will make it increasingly difficult for tenants to adequately heat their homes thereby worsening existing damp and mould issues. The government’s recent announcement that social rents can be raised by a legal maximum of 7% risks making terrible situations even worse if Housing Associations choose to increase rents to this level.
HAT would like answers to the following questions:

Due to the urgency of the issues raised, we would be grateful for a quick response to these questions.